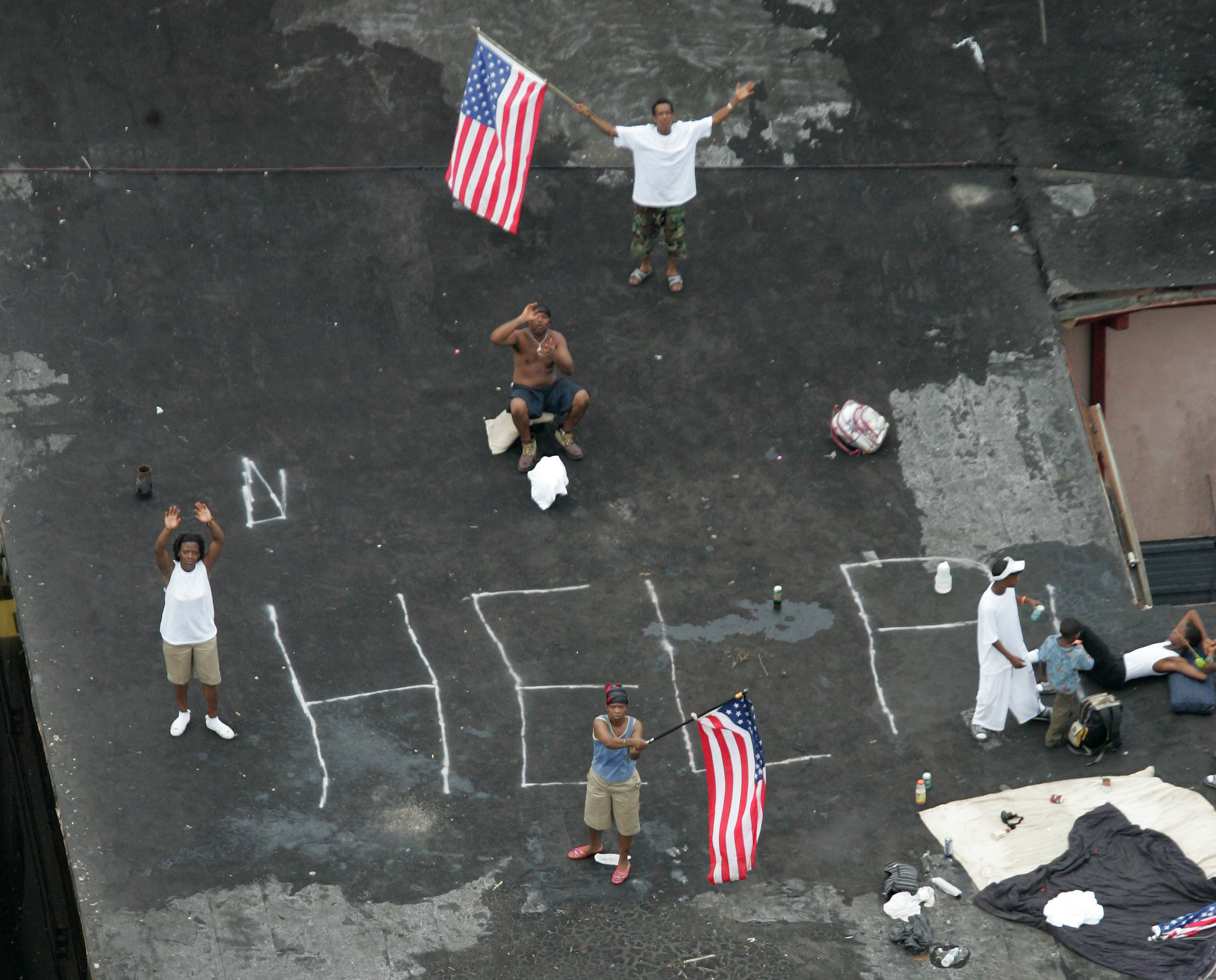 As we watched the atrocities of The Old Man and the Storm, I thought about my presentation I did for my GOLD Leadership course last semester where we focused on crisis leadership. The crisis I studied was Hurricane Katrina. My group focused on the pre-crisis, crisis, and post-crisis of how the Federal, State, and local governments helped the people affected by this disaster.

The documentary focused on the storm’s aftermath and individuals’ narratives, which I found to be an effective way of communicating the detriment of the storm. In my opinion, however, the documentary failed to acknowledge social and political issues at play. For example, structural racism and poor and neglectful leadership contributed to New Orlean’s inability to recover as quickly as the Northeast, such as, after Superstorm Sandy.

It is important to note the logistics of the storm and the geographical location of New Orleans; the storm was a category three hurricane at landfall and New Orleans is completely surrounded by water and primarily below sea-level with an average elevation about six feet below sea level (History Channel). While New Orleans was the city mostly affected by the hurricane, other places like in Mississippi and Louisiana were greatly affected, as well as Alabama. Prior to the hurricane, the levee and seawall system in place were meant to “withstand floods” for short-term flooding. The levees were strongest on the Mississippi River side, while the East and West levees were less reliable. According the meteorologists, the hurricane began as a tropical storm from the Bahamas, and it was a category one when it hit Florida. Hurricane Katrina was assumed to be “just another hurricane” until it hit an anticyclone in the Gulf and rapidly gained strength and changed course (History Channel).

Gulfport and Biloxi, Mississippi housed the city’s poorest and most vulnerable people. Hurricane Katrina was highly politicized with Federal, State, and local officials pointing fingers at one another. Some members of Congress said relief was slow because the people were so poor. Others blamed an aging and neglected federal levee system and a slow state and local response to the disaster for the high loss of life and damage (Think Progress). Another critique was that many residents did not heed initial warnings to evacuate which put a severe strain on transportation operations. However, there were no provisions to evacuate the homeless, low-income, sick individuals, elderly, or infirm residents; they were left stranded (Think Progress).

As I was researching the “leaders” in this disaster, I wondered how so much confusion could lead to the death of so many Americans. Michael D. Brown, the Director of the Federal Emergency Management Agency (FEMA) was praised by the then President George W. Bush for his efforts. I sat questioning, what efforts? Brown received praise for “efforts” to which I could find minimal positives to saving the affected people. With a closer look, I found that Brown was critiqued for delaying emergency evacuation until less than a day before, which resulted in hundreds of deaths. What I found most alarming was that there was a schoolyard of school buses sitting vacant but he did not use them because they were a “liability and not enough bus drivers” (Think Progress). In a state of emergency, liabilities should not be the first question asked, but rather, “how can we save as many lives as possible?” Had Brown used these resources, a large percentage of the 112,000 out of 500,000 people who did not have access to a car could have left the area and prevented unnecessary injury and death. Brown was forced to resign.

As within any event in history, there were conspiracy theories against the United States government. One popular theory that I found interesting was the the United States wanted to displace people from their homes and act in part of a massive land grab and development privatization agenda (Para-Political Journal). Higher levels of government made this disaster worse because of greed for money and land. Conspiracies include the government using “Weather Modification Technology” to act as a giant heater and steer a hurricane into this area, and the other being that the levees were broken on purpose. These levees were supposed to withstand hurricane forces, and speculators believe that they were blown up intentionally (Para-Political Journal). Although these theories are not very plausible, the fact that people in this area believe that their government is pitted against them says it all. The areas affected by this hurricane, primarily people of color and low economic status, believe that their government, which is supposed to represent their views and values, intentionally destroyed their lives in order to make a profit. This is telling of the treatment of people of color and how they have been failed by our government.

I was surprised to read that Hurricane Katrina was one of the largest displacements of a population since the Great Depression. There were an estimated 1,833 dead and $108 billion in damage (The Christian Science Monitor). Schools and businesses were left destroyed and poverty stricken, which is a result of the low-income residents who could not return without help from the government due to financial situations. To shed a glimmer of hope, while the US government miserably failed to help the American citizens affected by this disaster, Hurricane Katrina had the largest disaster response effort in US history with approximately $3.13 billion raised. The American Red Cross donated $2 billion in relief effort, twenty times larger than any other operation. Other organizations such as The Salvation Army, Catholic Churches, and United Way set up mobile kitchens, shelters, clothing drives, and financial aid for those affected (The Christian Science Monitor).

Although the Bipartisan Post Crisis Report by the House of Representative called this “A Failure of Initiative” on behalf of the US government, the American citizens made an impact in helping the low-income region by donating money, supplies, and their time to help those who lost everything. This makes the American people question: Does economic status and race affect how urgently the government will react to disaster? This disaster shed light on the foundation of racism and prejudices in the United States (that have always existed), and how using the excuse of “now we have hindsight to this situation” is simply not acceptable when lives are on the line.