Steve Prince is an educator, and artist, and a devoted Catholic who has made it his mission to spread this sense of remembrance to people and students across the world. His artworks are full of rhythm and movement, in still like frames that almost seem to capture every narrative referenced or self made. His common medium is usually printmaking. He uses linoleum cuts in order to create his pieces, a style of art where labor is intense. Usually his pieces are in black and white which contrasts normally, to the context of the pieces which are not so simply “black and white.” The pieces are usually commentary of our world’s histories and narratives. Entwined in his pieces is that of biblical symbolism that is influenced by Prince’s own faith and that which could be the faith of others like him. His works are powerful and tells of the constant struggle, beauty, and pain. Many pieces also tell of hope for the future and takes into account the sustainability, or balance, of the worlds societies, environment, and economy.

I value Prince’s work because he is working toward world progression in being able to confront our sour history, and he is trying to reach out to students, which I appreciate because his art gives hope and a platform to build conversation about the world and what needs to be changed. 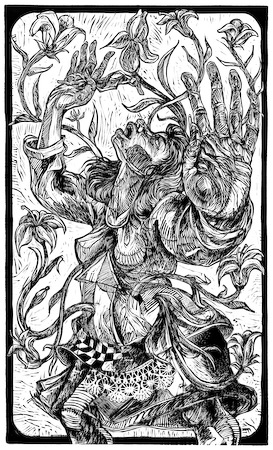